Share a memory
Obituary & Services
Tribute Wall
Read more about the life story of Harold and share your memory.

Harold Kenneth May passed peacefully in Jayton, Texas on December 14, 2022 at the age of 97.

Harold was born on October 28, 1925 in Noble, Oklahoma to John Oscar and Edith Elizabeth May. He graduated from Sudan High School in 1943. At age 18, he was drafted and served two years in World War II and received a Bronze Star for his bravery as an ambulance driver in the medical corps in Germany. He served from Normandy to Berlin and rejoiced the day that the war ended and he was able to return home. After returning in the states, he eventually met and married Doris Arami in 1952. The two of them lived and worked in Sudan, Texas. By 1960, they welcomed four children into the world and raised them all in Sudan. Their children remember Harold as a driven father, who encouraged them to pursue their goals.

He is preceded in death by the love of his life, his Italian bride, Doris Arami May.

He is also preceded in death by his parents, John Oscar and Edith May; his brothers, Leon May, Burnice May, Ray May, Merle May, Marvin May, Archie May, and Ralph May; his sisters, Juil May, and Ida May; his step-grandson, Brian Wayland; his nephew, Raegan May; and his niece, Marilyn May.

Eighteen hours after his passing, Harold was joined in death by his son-in-law, Larry Wayland.

Harold was an accomplished farmer and utility supervisor. Upon retiring, he and Doris moved from Sudan to Spur, Texas, where they lived the rest of their days in the light and love of the red dirt roads. Harold has always displayed a spirit of civic service, and for more than twenty years, he served as Dickens County Democrats chair. He also helped to secure funding to renovate the Spur Senior Center, where he was found most of his days both for lunch and an afternoon game of dominoes. His spirit lives on in this town, the town that all knew him by name.

A funeral is scheduled for Saturday, December 17, 2022 at 10:00am at First United Methodist Church in Spur, TX, with a burial to follow at Sudan Cemetery in Sudan, TX. Chuck Harrison will officiate the ceremony. Pallbearers will be Kevin May, Brian May, Tim Vondemkamp, Lenny Christo, Brian Holik, and Don Rude. All are welcome to attend and celebrate Harold’s life. In lieu of flowers, please send donations to the Spur Senior Citizens at 210 Burlington Ave. Spur, TX 79370. Condolences can be sent at www.zapatafuneralhome.net/obituary/Harold-May. The family would like to thank the Kent County Nursing Home for their care and dedication. 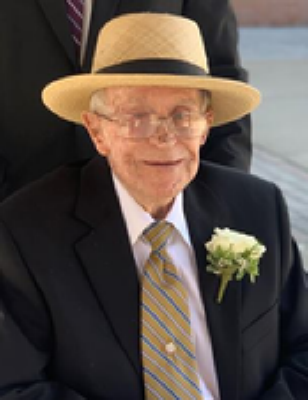