Share a memory
Obituary & Services
Tribute Wall
Read more about the life story of Helen and share your memory.

Helen graduated from Hamlin High School in 1967.  She married Kenneth Wayne Ferguson of McCaulley in May of 1969.  They soon moved to Abilene where she worked for the City of Abilene.  After beginning their family with the birth of their son Chris, they moved to Friona in 1970 where Kenneth began a job with the Soil Conservation Service.  They moved to Muleshoe, followed by the birth of their son Steven, and then to Paducah in 1978.  Helen later went back to work when Steven started school.  She worked many years for CPA Lynn Russell and later CPA Gary Lancaster until her retirement.  Kenneth and Helen were active members of the First Baptist Church in Paducah for over 40 years.  Helen also dedicated many years of service and support to Beta Sigma Phi, Dragon Athletic and Band Booster Clubs.

Helen was an avid gardener and loved to garden with her husband Kenneth.  She enjoyed listening to music and singing with her family.  She and sister Kathy loved to sing from one of her old Baptist hymnals.  She carried on her mother and daddy’s love of family.  Every activity that her kids were involved in she would be there, often participating as well.  Later in life she became a devoted Grammy to her grandkids, supporting them in all their activities.  Time with her family was everything to her.  She was a dedicated prayer warrior along with a circle of close friends, praying daily for a long list of family and friends. 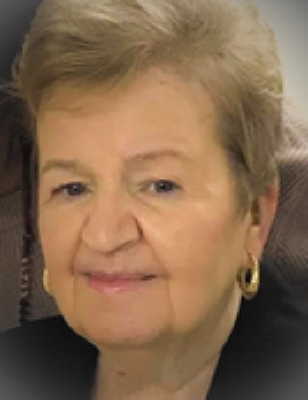