Share a memory
Obituary & Services
Tribute Wall
Read more about the life story of Joyce and share your memory.

There were bells ringing as our Angel gained her wings and entered the gates of Heaven. Funeral services for Joyce Meredith will be held in the Roaring Springs First Baptist Church at 2:00 p.m., Saturday, January 14, 2023, officiated by Rev. Raymond Mizelle, under the direction of Zapata Funeral Home.

Mrs. Meredith died Monday, January 9, 2023, at UMC hospital in Lubbock, after a lengthy illness. She was born October 18, 1938, in Dickens County to Carl and Edith (Underwood) Ashley. She was a lifelong resident of Roaring Springs. She had been a resident of the Matador Health and Rehab Center for the last year.

She married Joe Glenn Meredith in Matador, August 17, 1957. They were married 63 years. He preceded her in death, December 14, 2020. They were blessed with five children.

She was a longtime member of the Roaring Springs First Baptist Church where she had taught Sunday School, and was active in the Women’s Mission group.

She served as a 4-H leader for several years.

Mrs. Meredith, lovingly referred to as Nana by her grandchildren, enjoyed spending time and doing things with her family more than anything. She enjoyed camping for the kids’ annual Cousin Camping Trip for many years. She taught her children and grandchildren that God was the most important thing for their lives. She was very loving, patient and kind, but had a stern rule for behavior in her household.

She also enjoyed crafts and was a member of the Motley County Arts & Crafts Club for many years. She loved to sew and paint and had a treasure trove of items to “make something” out of.

Joyce had worked as a CNA for several years at the Floydada Hospital. She had also taken EMT classes many years ago, during which time she and her best friend/aunt Barbara practiced bandaging and medical techniques on each other.

Joyce loved animals and had many pets over the years. She leaves behind four furbabies, her dogs Muffin, Pebbles and Jack and her cat, Rowdy Kitty.

In addition to her loving husband, Mrs. Meredith was preceded in death by her parents, Carl and Edith Ashley, her sister, Shirley Smith, and two brothers, Kenneth and Roger Ashley.

Grandsons will be Pallbearers. 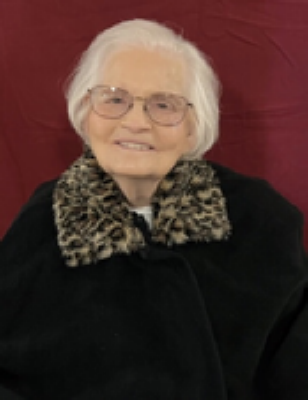