Share a memory
Obituary & Services
Tribute Wall
Read more about the life story of Linda and share your memory.

Services for Linda Nell Barton, 75 of Forney, Texas will be held at 11:00 a.m., Friday, November 4, 2022 at First Baptist Church, Paducah, Texas.  Interment will be at the Paducah Garden of Memories.  Arrangements are under the direction of Zapata Funeral Home, Paducah, Texas.  Linda passed away surrounded by her family on November 1, 2022.

Linda was born on October 22, 1947 in Lubbock, Texas to Babe and Bama Nell Oliver.  She was raised in Dumont, Texas and attended school in Guthrie, Texas.  She graduated from South Plains Junior College with an Associates Degree in Business.

Linda was married to Jimmy Barton.  After Jimmy got out of the army, they farmed and ranched in Dumont where they raised their two children.  After they raised, their children, Linda worked as a bookkeeper until her retirement in 2017.  At that time, she moved from Clyde, Texas to Forney, Texas to enjoy watching her youngest granddaughter grow up.

Linda’s unwavering love for her family was evident to all who knew her or came in contact with her.  Linda loved children and was the most proud of her grandchildren.  She loved and doted over her grandchildren, who fondly called her “Grammy”.  In fact, she was known as Grammy by everyone and had several grandchildren that she “unofficially adopted”.

Memorials may be made to the Paducah Cemetery Association. 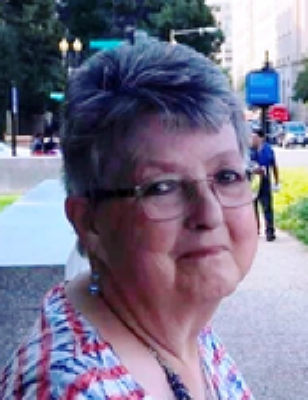