Share a memory
Obituary & Services
Tribute Wall
Read more about the life story of Naomi and share your memory.

Naomi was born March 28, 1965, in Floydada, TX to Antonio and Nora Casillas. She grew up in a Loving home alongside one brother and five sisters in Lorenzo, TX. She graduated from Lorenzo High School in 1983.

As the years went by, she had a family of her own, two daughters, Letecia, and Sasha and one son, Antonio. Her and her family called many places home, such as Oklahoma, Lockney, Minnesota, and Ralls to name a few. She was a woman of faith, hardworking, kind and had a sweet soul. She knew no stranger and would help anyone in need. Her mother meant the world to her and after losing her in 1997 she would say she took a piece of her with her. The years following, she became somewhat of a wanderer until finding what she called home in 2003 in Jayton, TX. She would raise her kids here and worked at the Nursing Home for a few years and then also at the filling station. Her home was always open for those who needed a place to eat, relax and have a few laughs. On December 7, 2013, she married Pablo Romero in Jayton, TX. She enjoyed crocheting, buying scratch offs and visiting the casinos but above all she adored and loved spending time with her children and grandchildren.

She is preceded in death by her parents. 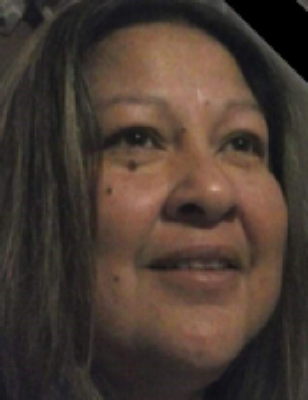